Home » Yerbol Karashukeyev: 5 000 tons of wheat bran to be delivered to Mangystau farmers at reduced prices

Yerbol Karashukeyev: 5 000 tons of wheat bran to be delivered to Mangystau farmers at reduced prices 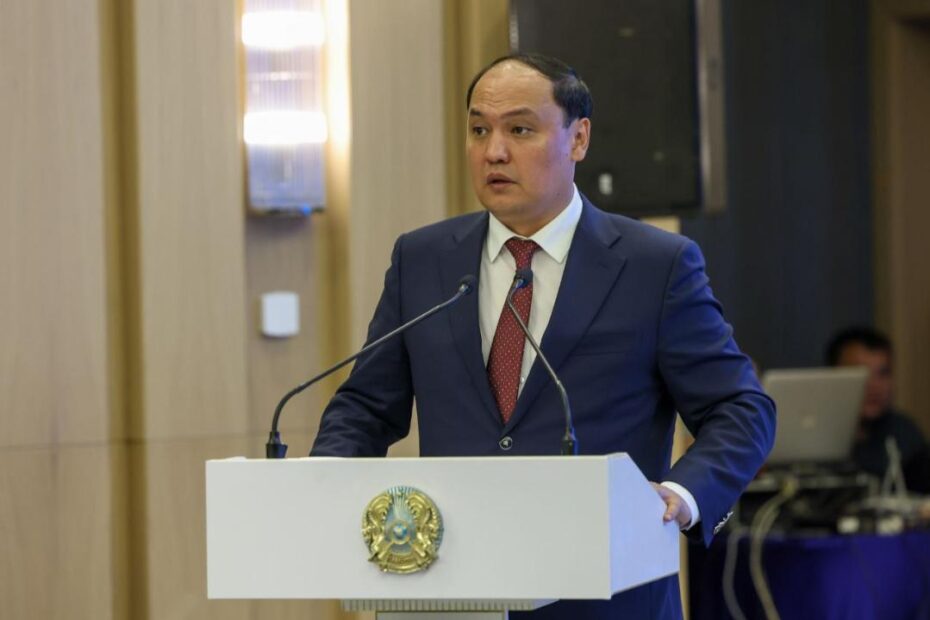 This was reported by Minister of Agriculture of Kazakhstan Yerbol Karashukeyev during the meeting on socio-economic development of Mangystau region.

Earlier it was reported that the government will allocate funds for the formation of feed stocks as part of the implementation of the roadmap.  As erbol Karashukeyev noted in his speech, for the formation of grain reserves this year, 20 billion tenge was allocated for forward purchases in the amount of 200 thousand tons.the tenge will be allocated. In the event of a repeat drought in 2021, it will ensure the preservation of livestock and poultry.

Also at today’s meeting, another important point became known.  In May-June of this year, the Food Corporation will supply up to 5,000 tons of wheat bran at a reduced price, Yerbol Karashukeyev added.

It is planned to implement the roadmap for the development of feed production for the period 2022-2025, created by the Ministry of Agriculture together with local executive bodies to systematically solve the issue of providing feed for farm animals.

In the interests of Mangystau agricultural producers, comprehensive measures have been taken to reduce the cost of feed. Only the akimat of Mangystau region received 579.7 million dollars from the local budget to subsidize the increase in productivity and product quality of livestock breeding for 2022.”I don’t know.” Of these, 384 million tenge was allocated to reduce the cost of feed for farm animals.the tenge is under consideration.

Support is sent from different regions: 300 tons of Bran from North Kazakhstan region, 136 tons from Akmola region, 100 tons from Kostanay region and 200 tons from Karaganda region.