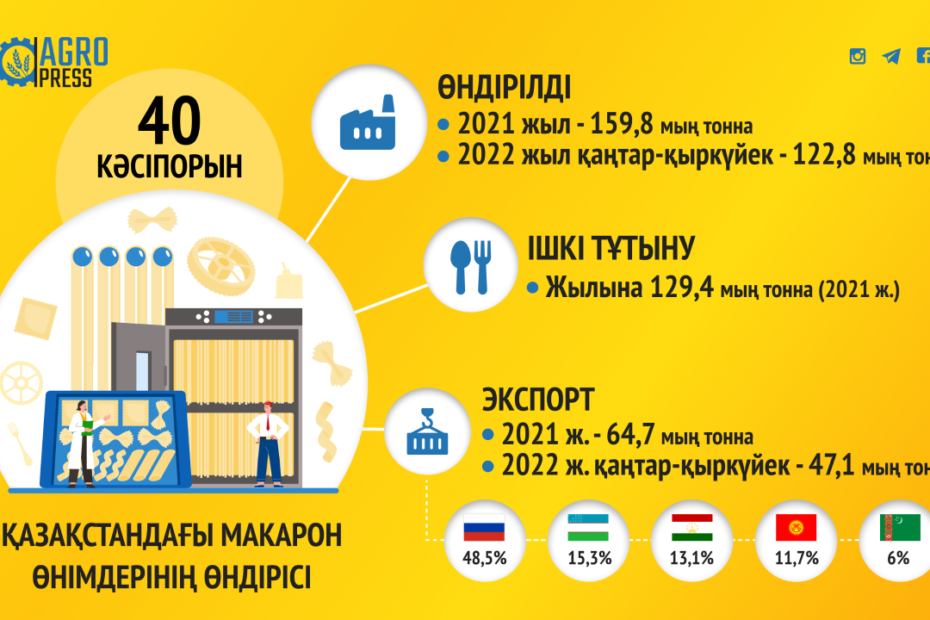 40 pasta production enterprises operating in Kazakhstan produced 122.8 thousand tons of products in the first 9 months of 2022. There is an increase in indicators compared to the same period last year by 5.8%. At the same time, Kazakhstanis consume an average of about 130 thousand tons of pasta annually.

As for exports, 47.1 thousand tons were sold abroad, the volume remained at the level of the same period in 2021. The main consumers of Kazakhstani pasta  Russia, Uzbekistan and Tajikistan.