Home » Working visit to France: the head of the Ministry of Agriculture discussed issues of cooperation with the leadership of European companies

Working visit to France: the head of the Ministry of Agriculture discussed issues of cooperation with the leadership of European companies 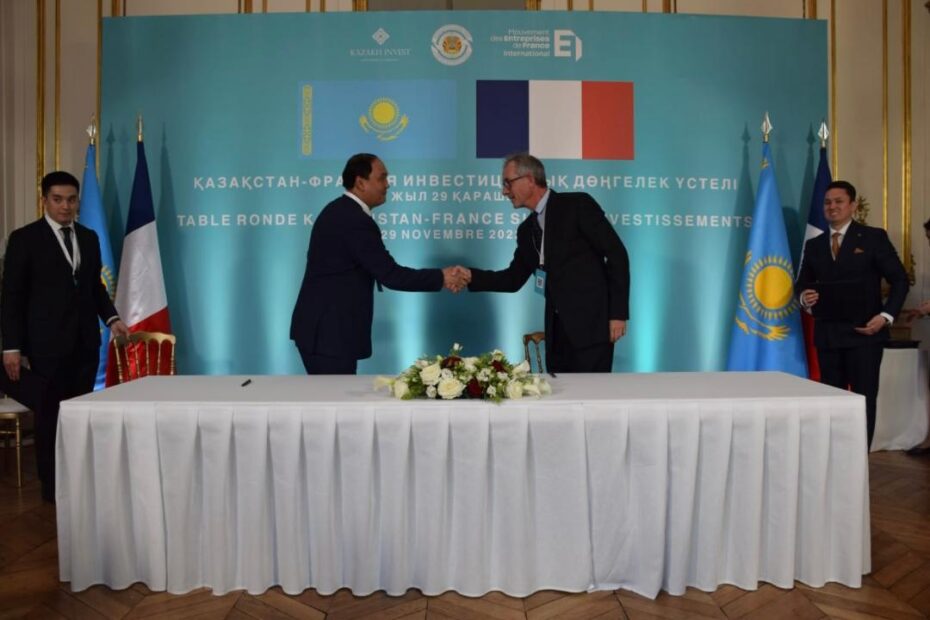 Within the framework of the official visit of the President of Kazakhstan to France, Minister of Agriculture Yerbol Karashukeyev held a number of meetings in Paris and discussed issues of further cooperation with the World Organization for Animal Health and several European companies.

In particular, the head of the Ministry of Agriculture met with the Deputy Director General of the World Animal Health Organization (WHO) Montserrat Arrae. Erbol Karashukeyev informed VOZH about the measures taken to restore the status of the north-western regions of the Republic of Kazakhstan on foot-and-mouth disease with vaccination. During the meeting, the issues of consideration of the Ministry’s application submitted in September this year for the restoration of FMD statuses and the need to provide additional information for their recognition were discussed.

Erbol Karashukeyev supplemented the information on the improvement and strengthening of the National Veterinary Service of Kazakhstan based on the use of tools and recommendations of the WHO.

“A strengthened and expanded state veterinary network has been created, control and supervisory and implementation functions have been differentiated, and issues of identification and movement of agricultural animals have been settled. To coordinate the educational system, 3 agricultural universities that produce veterinarians have been transferred to the Ministry of Agriculture,” the minister said.

The Minister also met with the CEO of Evolution International, Joss Cyril. The company has been one of the world leaders in the development of animal genetics for more than 60 years. The parties discussed the project of the European Genetic Center in Kazakhstan. “Evolution International” cooperates with the National Center “Asyl Tulik”, which is the main institute working in the field of animal husbandry genetics in the country.

“The experience and scientific potential of European partners in improving the skills of specialists in reproduction, embryo transplantation, molecular genetic and biotechnological methods of assessing the breeding value of animals is very important for our country. We hope to expand cooperation in this direction,” the Minister said.

The meeting resulted in the signing of a bilateral agreement on cooperation in the field of breeding and breeding work.

Yerbol Karashukeyev’s working visit continued with a meeting with Nigel Swift, CEO of Boehringer Ingelheim Animal Health. The company is the largest manufacturer of vaccines for humans and animals. The Minister noted the interest in France’s experience in the production of veterinary vaccines. Kazakhstan is ready to support technology transfer and the creation of a joint project.

“In 2013, the World Organization for Animal Health chose Astana to open a Sub-regional Representative office in Central Asia with the main bank of vaccines against foot-and-mouth disease,” said Erbol Karashukeev.

It should be noted that the turnover of agricultural products between Kazakhstan and France in the period from January to September 2022 increased by 7.2% and amounted to 44.1 million dollars.

The export of Kazakh products increased 9 times and reached 311 thousand dollars. It is mainly sunflower oil, chocolate and cotton. In turn, the share of imports of goods from France increased by 6.5% and amounted to 43.8 million dollars. Food and alcoholic beverages are imported to Kazakhstan more often.