Home » Kazakhstan’s market is fully provided with its own buckwheat: production volumes increased by 67%

Kazakhstan’s market is fully provided with its own buckwheat: production volumes increased by 67% 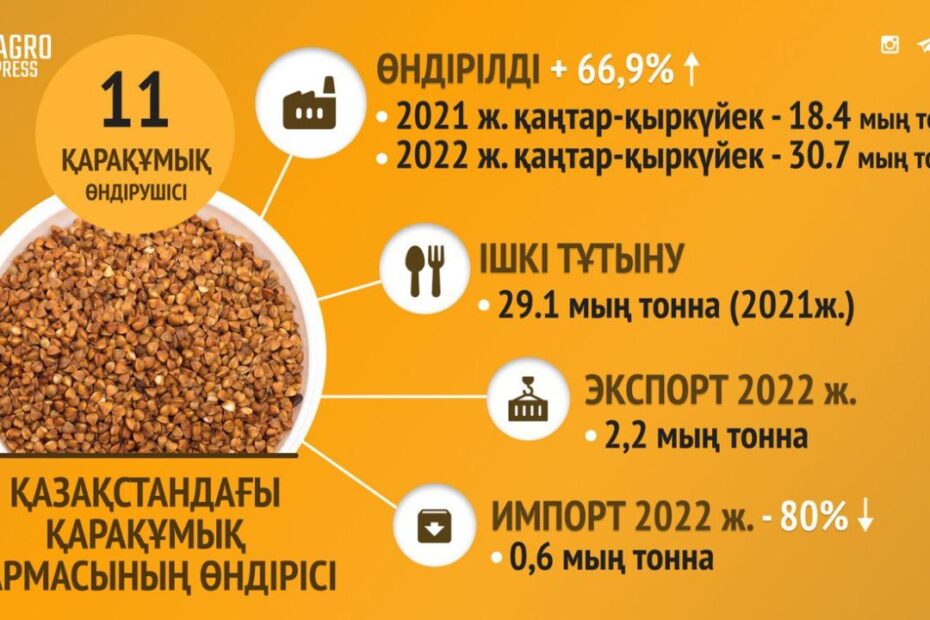 In the period from January to September 2022, the production of buckwheat increased by 66.9% compared to the same indicators last year. 11 Kazakhstani enterprises produced about 30 thousand tons of buckwheat. At the same time, the average annual consumption of this cereal is 29.1 thousand tons. Thus, in less than a year, domestic producers have already been able to fully provide the domestic market with buckwheat groats. The main producers of buckwheat are Pavlodar, East Kazakhstan and Kostanay regions.

It should be noted that the import of buckwheat this year decreased by 80% and amounted to only 600 tons. For comparison, from January to September 2021, about 3 thousand tons of buckwheat were imported into the country.