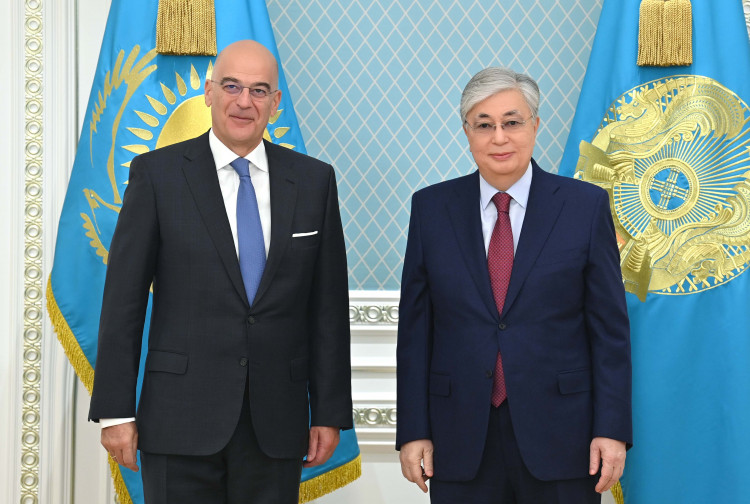 Kassym-Jomart Tokayev received Greek Foreign Minister Nikolaos Dendias, who is in Astana on an official visit.

During the meeting, prospects for the development of Kazakh-Greek cooperation with an emphasis on strengthening trade and economic ties were discussed.

According to the President, Greece is one of the important partners of our country among the states of the European Union. He also noted that Kazakhstan and Greece actively cooperate on multilateral platforms.

– I would like to emphasize once again that relations with Greece are a priority for us. We will do everything possible to bring the indicators of mutual cooperation to a new level,” the President of Kazakhstan noted.

In turn, Nikolaos Dendias thanked Kassym-Jomart Tokayev for the opportunity to exchange views on bilateral and multilateral cooperation.

– I want to note that we consider Kazakhstan as the largest and priority country for us in Central Asia, which is the guarantor of stability in the region. Greece expresses its readiness for further mutually beneficial cooperation with your country,” the minister said.

In addition, during the conversation, an exchange of views took place on topical issues of the international and regional agenda.